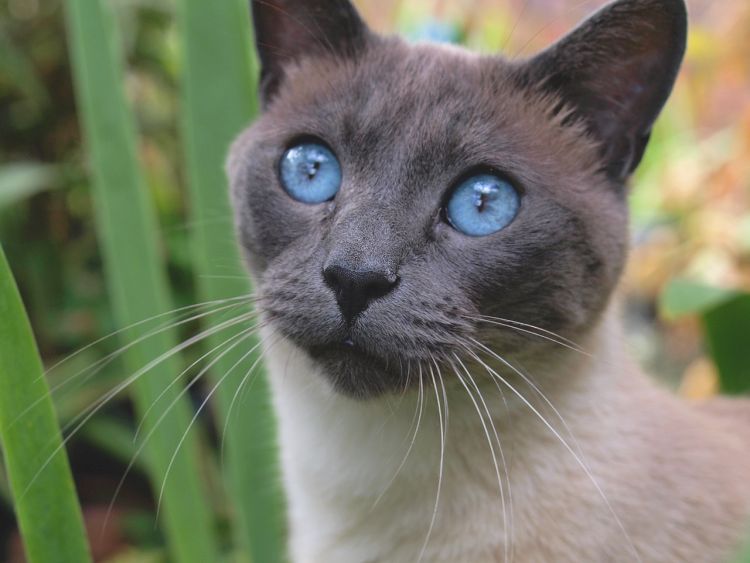 I learned to speak cat early — barn cat, to be precise, since I spent a lot of time at my grandparents’ farm as a kid.

I only knew a little horse, and most of that was from an old friend of my dad’s. Leo spoke horse fluently and believed in getting kids up and riding as early as possible.

He put me on my first horse when I was 10. The rush was amazing, and I knew that I wanted to do it again someday.

Many years later, I took horseback-riding lessons. Nothing fancy — a little English, a little Western and a lot of trail rides. But I studied the horses’ behavior and got the sense that the equine psyche wasn’t all that different from the feline one.

“Most people look at me dumbfounded when I say that cats are a lot like horses,” observes Lisa Ross-Williams, a natural horse care consultant and associate editor of Natural Horse Magazine.

“Granted,” she continues, “cats are supreme predators and horses the ultimate prey animal. …However, there are many ways they are alike and perhaps that is why so many horse people are also drawn to cats.”

Donna Sicuranza, a seasoned horsewoman and executive director of TAIT’s Every Animal Matters in Westbrook, Connecticut, isn’t so sure about that.

“Off the bat, I’d say that horses are a lot more like dogs than they are like cats,” she reflects, pointing out that horses are “herd animals with a hierarchy, like dogs and their pack. Like dogs, horses want a boss and a steady, predictable routine — unlike most of the cats I have known.”

Our understanding of cats is deepening, however. We now realize that while cats certainly don’t have a herd mentality, they are much more social than they’ve been credit for. Indeed, cats living together — whether it’s in a barn, a feral cat colony or simply a multi-cat household — have their own hierarchy, usually matriarchal.

“Domestic cats today seem more pride-oriented than the aloof cats I grew up with,” says Anne M. Beggs. She and her husband, Russell, run a boarding facility at their Equisance Ranch in Watsonville, California.

Russell has been doing “work with cats and horses together,” Anne explains, and found that the training techniques with both are “very similar. Target training works well. Small, slow, incremental steps. We use food rewards as well as praise.”

Both cats and horses are highly sensitive, picking up on all sorts of nuances that we humans often miss. In their book Horse Sense and the Human Heart, Adele and Marlena McCormick tell the story of an older boy who was part of their equine therapy program for disturbed youths.

The sisters noticed that the horses were uneasy around him; he had, however, fulfilled the requirements of the program, so they discharged him … only to learn later on that he had murdered a small child. The horses had sensed all along that this human was not to be trusted.

Cats can show a similar wariness around humans. If they pick up on something “off” in a person’s energy, they make themselves scarce or even run away altogether, perhaps because they, too, have a certain core wildness.

Or maybe it goes back to the fact that cats in the wild sometimes have had to think like prey and take note of the slightest change or disturbance to survive.

“Cats and horses are extremely sensitive to their environments and the emotions of other beings in the family,” Ross-Williams writes. “For both, a natural home that runs with consistency and low stress is very important. Being such sensitive creatures, when there is a disturbance in their lives it eventually shows up in a physical manifestation of disease.”

Because of this innate wariness or wildness, cats and horses do not, she adds, “automatically view you, a human, as worthy of their respect and love, unlike dogs who often freely give this, even to guardians/owners who mistreat or abuse them. … Instead, cats and horses wait and see.”

During my Reiki sessions with both cats and horses, I have noticed the truth of Ross-Williams’ words. Initially, you wait for cats and horses to come to you and indicate when and if they are ready for hands-on healing.

In other words, you have to earn their trust.

Check out this adorable pair:

Horse lovers generally keep a few felines in the barn to keep rodents away from the feed, and that is how these friendships are born.

Some of the cats at Equisance have taken it a paw step further. “We have cats that would rather be fed on horseback or a motorcycle than just have food poured out in a bowl,” Beggs says.

My friend Susan has worked with cats for many years; she has also begun training for endurance riding and mounted search and rescue.

As she sees it, both cats and horses are intelligent, have a highly developed sense of play and “benefit from their interaction with people.” They often become friends, she thinks, because “they are not in competition or direct danger from the other … I think it would be fun to have a cat come along for a trail ride.”

There is always a kind of magic that happens when the members of 2 different species connect. And with cats and horses, that magic is heightened by the fact that it’s really a case of like meeting like.

Kitten Found in Window Well Wins Over Family that Saved Him, and Blossoms into Beautiful Cat
Kitten with Big Eyes But Half the Size, Clings to Family that Saved His Life and Transforms into Gorgeous Cat
4 Books for Cat Lovers to Pick Up This Month
Is it Time for Your Cats to Get a Divorce? Here’s How to Rehome a Cat
Please give me MEAT😳! Hungry kittens | asmr